BUSY is a Four Letter Word

This article was originally published in ACCE’s Chamber Executive Magazine in February 2021.

A few years ago, I was at a “state of the city” address by a mayor in a fairly large community you all know. The mayor started off by saying, “If I had to describe the last year in one word, I would say … BUSY! In fact, just this morning, I went through a stack of documents this (and he raised his hand about a foot off the podium) high!” Attendees laughed politely, but what I recall most is looking around the room wondering if I was the only one thinking – in the sage words of Adam Sandler – “whoopity doo!” The mayor went on to add a few details, but I kept thinking about how he summarized his and the city’s past year. How would I summarize mine? How would you summarize yours? One thing I’m sure of – those we serve don’t care if we’re “busy” – they want to know whether we’ve “moved the ball” and whether we’re winning.

For example, in the last few years, if you had asked recently retired CEO David May of the Fort Collins Chamber of Commerce for a word or two of summation of a year or a period of years, I believe he would have said “I-25” or “One Billion.” You see – after advocating and hoping for years that the state of Colorado would widen the interstate to address the crippling congestion on North I-25 between Denver and Fort Collins – David, Chamber staff and volunteer leadership decided to do something about it. They stepped forward and stepped up. They built and implemented a comprehensive multi-year advocacy, polling, lobbying, and media relations program, and have secured nearly $1 billion of the $1.2 billion needed to WIDEN THE INTERSTATE. Construction is well under-way and the Chamber is hard at work under David’s successor, Ann Hutchison, “finishing the drill” on the $1.2 billion.

Raise your hand if you think it is the job of the chamber (or EDO) to fix a congested interstate. I imagine very few hands are raised. Now raise your hand if you think the chamber (or EDO) is the best positioned organization in a given community to rally business and governmental leaders to pursue growth opportunities and tackle impediments to economic growth. If not the chamber or EDO leadership, then who?
I believe there are a few lessons to be learned from the example set by David, Ann and the Fort Collins Chamber: 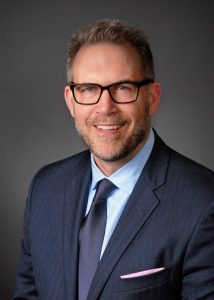