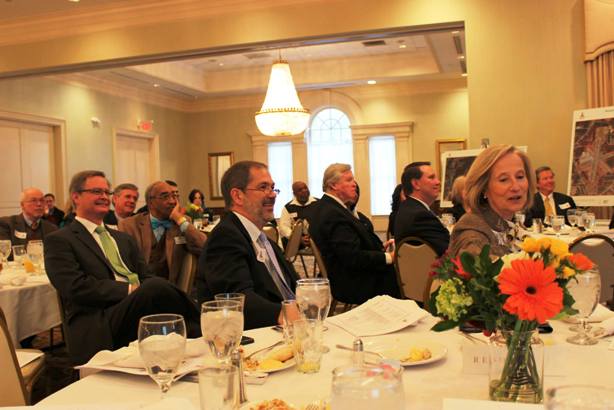 Our team at POWER 10 is thrilled to have worked with the Greater Rome (Georgia) Chamber of Commerce, led by Chamber President and CEO Al Hodge, to achieve the success announced at the campaign’s public kickoff in Rome on February 24th.   Despite snow and ice, there was a high turnout of enthusiastic investors and business and community leaders.  Campaign Chair Jimmy Byars announced that the campaign had already secured over $1.52 million in pledges – over 70% of the Chamber’s goal of $2.1 million! This impressive sum also exceeds the amount raised five years ago, during the previous campaign.  Speakers at the Kickoff included (in order of remarks) Mr. Hodge, Georgia Power Vice President Anne Kaiser, Harbin Clinic CEO Dr. Kenneth Davis and Mr. Byars.  Director of Development Ramsey Kazem and the rest of our team at POWER 10 are pleased to have worked with the aforementioned and other key Rome leaders, and we look forward to a successful conclusion to the campaign in the coming months.  Please click here for the Campaign’s Press Release.  (March 6, 2015)